Brenda J. Atchison is president of International Chapter of the P.E.O. Sisterhood. Currently a member of Chapter TE in Grass Valley, California, Brenda was initiated into Chapter AI in Twin Falls, Idaho, in 1974. Brenda was elected to the P.E.O. Executive Board of California State Chapter in 1994, serving as president from 2000-2001. Brenda was appointed to the board of trustees for the P.E.O. International Peace Scholarship Fund in 2001 and served as chairman of the board from 2005-2007.

Brenda and her husband, Jim, have two daughters, both of whom are fifth-generation P.E.O.s. Brenda’s mother, Betty Bonnett, was a member of Chapter AI in Twin Falls, Idaho, and served as president of P.E.O.’s Idaho State Chapter.

Patricia L. Brolin-Ribi is first vice president of International Chapter of the P.E.O. Sisterhood, having initially been elected to the Executive Board of International Chapter in 2013. Born in western Montana, Patti was raised in Anaconda, where she became a member of local P.E.O. chapter T in 1977. She is currently a member of Chapter AM in Hailey, Idaho, and lives in Sun Valley. 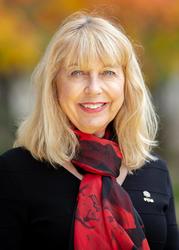 Cathy Moss is second vice president of International Chapter of the P.E.O. Sisterhood. She became a member of local P.E.O. chapter DY in Grand Junction, Colorado, in 1989. Cathy is now living in Louisville, Kentucky, and is a member of Chapter E.

Cathy grew up on a large farm in western Ohio and graduated with a degree in social science from Ball State University. After graduation, she was a ready-to-wear buyer for L.S. Ayres in Indianapolis.

Cathy has two sons, six grandchildren and a black lab. She is an elected elder of Bardstown Road Presbyterian Church, a member of Lakeside Swim Club and supports the Louisville Zoo and the Kentucky Science Center. Cathy enjoys a wide range of interests and activities; she is a yoga and fitness enthusiast, a certified ice hockey coach, a Life Master Bridge player and is a world traveler. 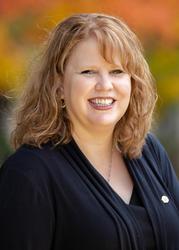 Alix Smith is organizer of International Chapter of the P.E.O. Sisterhood. Born in Fort Huachuca, Arizona, Alix grew up in Bisbee and, in 1992, became a member of her mother’s P.E.O. chapter, T. Later, Alix transferred to Chapter AY in Phoenix, where she is still a member.

Alix was appointed to Arizona’s P.E.O. Educational Loan Fund Committee for two years prior to being elected to the Arizona State Chapter executive board in 2002; she presided at the 2009 Arizona convention. In 2009, Alix was appointed to a six-year term on P.E.O.’s International Finance and Audit Committees and was elected to serve as an investment trustee for the P.E.O. Foundation; she served as chairman of the committees from 2013-2015.

In 1992, Alix graduated from Northern Arizona University in Flagstaff with a bachelor’s degree in accountancy. In 1999, she graduated from Arizona State University in Tempe with a master’s degree in taxation. Alix is a Certified Public Accountant, holds the Chartered Global Management Accountant designation and is currently serving on the board of trustees for the American Institute of CPA’s Benevolent Fund. Currently employed as the Chief Financial Officer for Salt River Devco, a real estate development and asset management company owned by the Salt River Pima-Maricopa Indian Community, adjacent to Scottsdale, Arizona, Alix has been involved in commercial real estate finance and accounting for over 20 years.

In addition to her P.E.O. and work responsibilities, Alix enjoys traveling, reading, knitting and other hand-crafts, hiking, baking and time with her family of four older brothers, six nieces, five nephews and two spoiled cats. 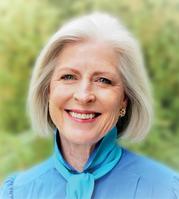 Kay Ebert is recording secretary of International Chapter of the P.E.O. Sisterhood. Growing up in Honolulu, Hawaii, Kay was given the gift of P.E.O. by Chapter C, Hawaii. She now lives in Vancouver, Washington, where she is a member of Chapter IN.

Kay served as president of Washington State Chapter from 2012-2013 and was appointed to a six-year term on the Study and Research Committee of International Chapter in 2013, culminating in the appointment as chairman of that committee for the 2017-19 biennium. She is a member of the National Association of Parliamentarians.

Kay attended Beloit College in Wisconsin. For over 30 years, her professional career focused on employee safety and health, the majority of that time with a regional airline and the remainder with grocery warehousing and transport. Her focus was on providing tools, training and removing barriers so that employees could excel at their jobs while still enjoying their lives away from work.

Kay and her husband, Alan, have four children and six grandchildren.